Five Ways to Avoid Jury Duty Without Getting Yourself in Trouble

LexRoll.com > LexRoll.com > Judicial System > Five Ways to Avoid Jury Duty Without Getting Yourself in Trouble 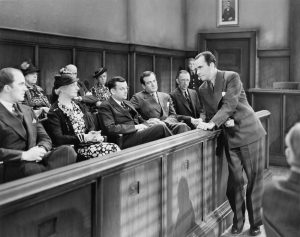 Most of us have been there, receiving a notice in the mail for a dreaded day or jury duty. If you’re like most people, then the wheels start turning instantly. How can you get out of the commitment? What if you have an important meeting that day? What if you end up on something close to the OJ Simpson trial, forced to sit through weeks of testimony in a terrible double murder? As exciting as that might sound, most people just don’t have time to fulfill their civic duty. At the same time, going in front of a judge to get out of jury duty can be daunting. Defense lawyers and prosecutors alike can tell you that getting out of jury duty is easier than you think. But you should be careful. If you fail to use the right strategies, you might find yourself in the crosshairs of an angry judge, like the one in Houston who required a juror to write a 500-word paper on the importance of civic duty.

No. 1: Dispute the Presumption of Innocence

When you go into criminal jury duty, you’ll have multiple chances to get off the panel. You might be excused in the first stage by the judge, or by agreement of the state and defense counsel. If that doesn’t work, you’ll need to be struck for cause by one side or the other. A sure-fire way to get out of jury duty at the start is to show some doubt about the presumption of innocence. Many jurors have avoided their duty by stating that they knew the defendant was guilty just by being there. Defense attorneys will want nothing to do with you, and the judge will feel the same.

Some people think that they can sit in the back quietly to avoid jury duty. If they don’t speak up, then the lawyers won’t pick them, right? These people misunderstand the process. In truth, the lawyers don’t pick anyone. They work the opposite way, eliminate unfit jurors. If you’re quiet, you won’t offend anyone. This is a great way to end up on the jury. If you want to get out of it all, make your opinions known. Chances are that you’ll make one side or the other very angry.

No. 3: Highlight Any Connections to Law Enforcement

There’s nothing defense lawyers hate more than a juror who has strong ties to law enforcement. In most cases, police officers will testify. The defense will try to impugn the credibility of the officer. Wives, children, and friends of police officers will tend to believe other officers when they testify. For this reason, the average defense lawyer will look to eliminate any person from the jury who has a strong connection to police. Make those connections known, and let the court know that you’ll have a hard time being fair.

No. 4: Mention the Time You Were the Victim of a Crime

Many people have had their windows busted from their cars or their purses stolen off their arms. Some have been attacked or pick-pocketed. Let the court know that you still have trauma from the time a person stole your credit card over the Internet. The judge and defense attorney will assume that you might take out your anger on the defendant in that case. This is a great way to ensure that you end up on the strike list for the defense if you even make it that far.

No. 5: The Plight of the Desperate Small Business Owner

If you happen to work for a big company, then you might be out of luck. You can tell the judge that you have to work, but the judge might just tell you to suck it up. After all, your employer has to excuse you for jury duty, and the court will provide a documented excuse. If you’re a small business owner who can’t afford to miss work, you might be in luck. Courts are often kind to people who will lose out on business by spending a few days on a jury. Let the court know that you just have to make that big client meeting. You just have to be on the job. If they’re convinced that no one else can do what you do, they’ll excuse you, keeping around the poor slobs who aren’t as lucky.

Jury duty might be your civic responsibility, but it’s surely time consuming.  No one would blame you if you wanted to avoid it.  Following these tips will take you right off of the jury so you can get back to your daily life without the imposition of sitting around listening to lawyers.