Car Accidents: The Importance of a Police Report 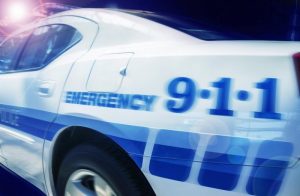 After an accident is called in, one or more police officers will drive to the location of the crash to conduct an investigation. Upon finishing the investigation, one of the officers will complete a written accident report on a form that is used in that state. Never get talked out of having police come to the scene, and when the investigating officer is ready to leave, be sure to get your accident report number. That will help you get a copy of the report in a few days.

Courts look at police officers as independent and neutral post-occurrence witnesses who have received training in the investigation of motor vehicle collisions. Judges and jurors tend to rely heavily on a police officer’s testimony about an accident. The accident report is going to provide critical information about the crash.  Although it’s unlikely that a judge will allow a police report to be entered into evidence, it’s customary to allow the officer to testify from his or her report if their recollection of their investigation is exhausted.  That’s especially true if the accident occurred two or three years ago. Here is some of the critical information that ordinarily appears in a police accident report.

All contact information for drivers and any passengers involved in the collision will appear in the report. Assuming that both or all of the drivers in a collision have insurance, their insurance companies and policy numbers will be shown.

The investigating officer ordinarily interviews both drivers and gets their respective versions of the events. Passengers might also be interviewed as well as any third party eyewitnesses who might have remained on the scene.

The Diagram of the Scene

The printed accident report forms have a space for the investigating officer to sketch out a rough diagram of the scene and what happened there. Rarely are these diagrams to scale. The officer will likely remark on the report that the diagram is not to scale. In a minority of cases, a special accident investigation and reconstruction team will be called to the scene. The team’s report will be more detailed.

The investigating officer will inspect all of the vehicles involved in the crash and mark the location and extent of the damage to those vehicles on the diagram. That information is valuable to attorneys and insurance companies in supporting how the crash occurred. If a vehicle had to be towed away, the report will indicate that and state where it was towed to.

Unless a driver admits to being at fault, the investigating officer isn’t likely to offer an opinion on that issue in the accident report.  Strong inferences might be made though if a driver said that he or she was distracted or failed to slow down or stop to avoid an accident.

Somebody was probably issued at least one ticket at the accident scene. The ordinance or statute that the driver was cited under will likely appear on the report.

Some people who cause accidents and injuries don’t want police involvement. Maybe they are intoxicated, don’t have insurance or have outstanding arrest warrants. They might just drive away. In any event, always call for police, and if you are injured, ask the 911 operator to send paramedics to the scene too. Without that accident report, you stand little or no chance of obtaining compensation for your damages.