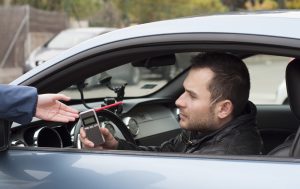 In our digital age, video evidence is being used in DUI prosecutions across the United States. We’ve probably all seen videos of drivers in various states of intoxication in regretfully comical attempts to perform field sobriety tests. What can come to issue is that footage of a police officer’s dash cam or body cam can also be compelling defense evidence of sobriety and innocence. Remember that the prosecution has the burden of proving a defendant guilty of driving under the influence beyond a reasonable doubt.

Before the days of dash cams and body cams, the question of whether to make a traffic stop was almost always up to a police officer’s subjective judgment. He or she might have witnessed a driver weaving and driving on or over a road’s center line, but rarely was there any objective evidence of that. Judges and jurors had to rely on the officer’s testimony. Now, as opposed to the subjective testimony of a police officer, objective evidence of the underlying traffic offense and reason for a traffic stop can be shown in court by using video evidence. Video doesn’t exaggerate or stretch the truth as to why that stop was made. Video might even show that there was no basis whatsoever for a traffic stop.

Do You Know Why I Stopped You?

Before camera footage was available, police officers could fabricate a reason for a traffic stop at 1:45 a.m. when bars were closing down. They would testify as to the driver weaving in his or her own lane or touching the center line. Their arrest reports would almost always state that upon making contact with the driver, the officer detected a strong odor of an alcoholic beverage, bloodshot eyes and slurred speech. After that, it wasn’t unusual for an officer to note that the individual fumbled for his or her driver’s license, and  upon exiting their vehicle, he or she had to use the driver’s side door to maintain balance. Audio and video evidence can now be used to call the officer’s observations and findings into question. The chances of raising very reasonable doubt about the truthfulness and accuracy of the officer’s testimony are dramatically increased.

Any DUI defense attorney is aware of the fact that a police officer’s assessment of how a driver performed on field sobriety tests is highly subjective and unreliable. They’ve also never seen a  DUI arrest report state that the driver passed all of the tests. Video evidence now brings remarkable objectivity to a suspected drunk driver’s performance on field sobriety tests. Couple video evidence of a sober driver performing field sobriety tests with a request that jurors perform those tests when they’re deliberating, and you’ll later hear the laughing from the jury room all the way in the courtroom. Another very reasonable doubt is raised.

If you’ve been charged with drunk driving, be sure to ask your attorney to obtain copies of all audio and video recordings. That evidence can be critical in obtaining an outright dismissal of a DUI charge or a verdict of not guilty.