The Basics of Plea Deals 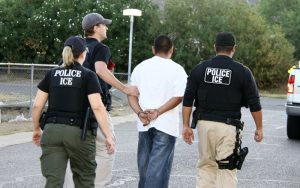 If you’re facing criminal charges, it’s likely that the prosecutor in your case will offer you a plea deal before your case reaches trial. A plea deal (also known as a plea bargain), is an agreement in which you accept criminal culpability and forfeit your right to a trial in exchange for a set punishment.

The advantage of a plea deal is that you can often receive a lesser sentence than if you had lost at trial, and sometimes the prosecutor will even drop or reduce specific charges as part of the agreement. A plea deal can also speed up how quickly your case is handled by allowing you to resolve it with fewer court dates.

The main disadvantage of a plea deal lies in forfeiting your right to a trial and the rights that go along with it. Whether it makes sense to take a plea deal is an extremely case-specific decision that should always be discussed with a lawyer.

If you’ve been offered a plea deal that you are unhappy with, you don’t have to reject it altogether. In some case, you may be able to negotiate with the prosecutor for a better agreement. Some prosecutors are open to negotiating most of the plea deals they offer, while others may have reputations for rarely or never negotiating deals.

When negotiating a plea deal, it’s important to discuss with your lawyer the minimum legal punishments for the crime with which you are charged. The prosecutor will be bound by these minimums and won’t be able to offer a sentence below them. Also, keep in mind that negotiation could cause the prosecutor to withdraw the plea deal altogether. All negotiations should be done through your lawyer; speaking directly to the prosecutor is inappropriate and potentially harmful to your case.

A common concern for defendants is whether they can change their mind after deciding to accept or reject a plea deal. If you’ve rejected a plea deal and have decided that you regret the decision, ask your lawyer to speak with the prosecutor about getting the deal back on the table. The decision is ultimately up to the prosecutor, but in some cases, they will be happy to give you a second chance to take the offer.

If you’ve decided to accept the plea deal, you can change your mind until you’ve officially accepted the deal in court. Immediately let your lawyer know if you’ve changed your mind about taking a plea deal because it will have a substantial impact on how they are preparing for your case and they will likely need to adjust schedules with the court.

After you’ve accepted a plea deal in court, you will no longer be allowed to change your mind. The decision you make in court is binding and will finalize your case. After a criminal trial, the defendant has a right to appeal their case in a higher court. Part of a typical plea deal is forfeiting this right to appeal, meaning a plea deal cannot be appealed.

There is a narrow range of circumstances which provide an exception to this rule. For example, if the plea deal was in direct violation of a law, an appeal may be allowed. These circumstances are incredibly uncommon. Consult with a lawyer if you believe you might have a reason to appeal your plea deal.

Plea deals can be an effective way to speed up the criminal process and reduce your sentence, but they involve giving up significant rights, including going to trial and appealing your case. Whether to take a plea deal is a complicated decision that depends on both the terms of the agreement and the facts of your case. Always speak with your attorney before deciding on whether to accept a plea agreement.