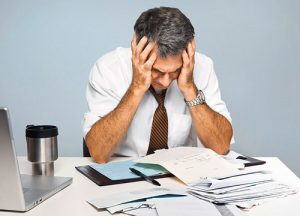 The federal courts set up the process called bankruptcy to help consumers and businesses control, repay, and/or eliminate their debts. Bankruptcy typically falls under two main categories: liquidation, in which the debtor opts to sell some of their property, thereby liquidating their assets, in order to eliminate their debt; and reorganization, in which debtors repay their debt over a period of three to five years via monthly payments. Bankruptcy often raises many questions, and potential filers are often nervous about the process. Here are a few of the most common questions regarding bankruptcy.

Will Bankruptcy Eliminate All Debts?

One of the most common questions regarding bankruptcy is whether or not all debts can be erased or repaid during the process. A debtor files under Chapter 7 bankruptcy if they intend to liquidate their assets. In some cases, no property has to be sold and the debt is still eliminated; this is common in many consumer debt cases. However, even if all of a debtor’s assets are exempt and their debt is wiped away, there are some debts that will always remain as though bankruptcy has never been filed:

These fees will not be eliminated under most circumstances. However, under Chapter 13 bankruptcy, it is sometimes possible to wrap these fees and financial obligations into the monthly payment schedule decided upon by the courts and the debtor.

What’s the Difference Between Chapter 13 and Chapter 7 Bankruptcy?

Chapter 13 bankruptcy is often called “wage-earner bankruptcy” because the debtor has to make a certain amount of income before he or she can file for it. Chapter 13 is a reorganization bankruptcy, so instead of wiping out all debts owed by the filer, they are reorganized into monthly payments spanning three to five years.

Chapter 7 bankruptcy, on the other hand, is a liquidation bankruptcy.  The debtor sells some of his or her assets, or property, in order to repay some of the debts and/or have their debts discharged (the legal term for eliminated). For most businesses, liquidation means selling some of their property. But for most consumers, all crucial property, such as home or automobile, is protected. The individual can usually expect to have debts wiped clean without having to part with any property.